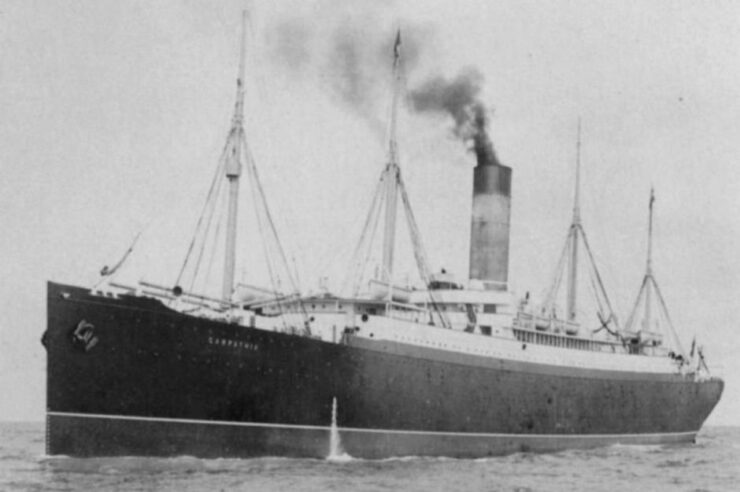 A U.S. expedition confirmed Friday it had located the wreck of RMS Carpathia, the ship that rescued 705 survivors from the Titanic and that was later torpedoed by a German U boat.

Cussler said he and his team were able to pinpoint the wreck using scan sonar and have surveyed the wreck with remote operating vehicles.

The Titanic , the wreck of which was found in 1985, sank off Newfoundland on its maiden voyage from Britain to New York in April 1912, after striking an iceberg. About 1,500 people were killed but 705 others were rescued by the Carpathia.

Interest in the Titanic soared after the 1997 movie which set box-office records and won the Academy Award for the best film of the year.

“Now we have footage of the RMS Carpathia,” Cussler said at a news conference at the Bedford Institute of Oceanography in Halifax.

“My goal was to preserve maritime history. We have been succeeding beyond my wildest dreams. I did not think this would happen in my lifetime,” Cussler said.

He said his team and Nova Scotia television firm Eco-Nova were shooting a documentary on the story as part of a documentary to be shown on Canada’s History Channel.

A never before published four-page letter, hand-dated April 24, 1912, by Luke Hoyt – a passenger on the Carpathia describing what he called the “greatest tragedy of the seas” – was also released Friday, telling how Titanic survivors were rescued from lifeboats in the dark by the Carpathia.

It describes how Carpathia passengers cared for Titanic survivors – giving away many of their clothes.

Hoyt wrote to a friend: “It was a tragedy. The horror of it all was appalling.”

“It took everyone two or three days to get over that,” he added. In his letter, Hoyt praised the courage of surviving women and wrote that he saw the iceberg “that did it.”

“It was immense, estimated by a civil engineer as 180 feet in height,” he wrote.

John Wesley Chisholm, a television documentary producer, said the letter gave new insight into the bravery of the Carpathia crew and passengers.

“The wreck discovery and the letter open a whole new chapter in the Titanic story,” he said.

The Carpathia was steaming in convoy from Liverpool to Boston on July 17, 1918, when it was hit by two torpedoes from the German U-boat. A third torpedo slammed into her hull as her lifeboats were being lowered, killing five of her crew.

The ship slipped beneath the surface the following day and the surviving crew and 157 passengers were picked up by a British warship, HMS Snowdrop, and safely returned to Liverpool.