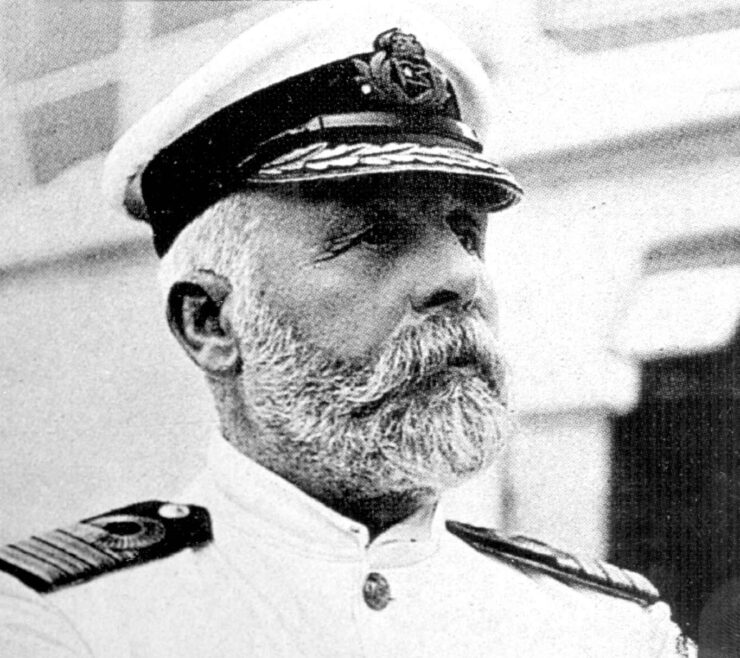 Captain Edward John Smith joined the White Star Line in 1880 as Celtic I‘s Fourth Officer, and in 1887, he gained command of his first vessel, Republic I.

The crew of Titanic , together with the management of the White Star Line considered Captain Edward John Smith to be a competent and well-liked man, and casually referred to him as ‘E.J.’.

The rapid increase in the size of liners had led to mishaps by Captain Edward John Smith, although it must be stressed he was not alone in making errors of judgement with large ships.  Whilst captain of Olympic, he collided with a navy cruiser, HMS Hawke, taking Olympicout of traffic for several weeks, and in the same year, whilst manoeuvring Olympic in New York harbour, the enormous thrust from one of her wing propellers had damaged a tug, the O.L Hallenbeck, nearly sinking it in the process.  It was all part of an important learning process.

Captain Edward John Smith’s salary was a handsome $6,250 per year, and there was also a ‘crash bonus’ of $1,000 payable if any vessel under his command were not damaged during the twelve months.

Captain Edward John Smith was also a member of the Royal Naval Reserve, and because of this he was entitled to fly the Blue Ensign on any merchant ship he commanded.

Now. aged 62, Captain Edward John Smith was to take White Star Line’s latest and greatest liner, Titanic , on the familiar transatlantic journey to New York.  Some said that it would have been his final trip, as he had planned to retire once back in England.  But that was very unlikely, as the White Star Line wanted him to retire on Gigantic’s maiden voyage.