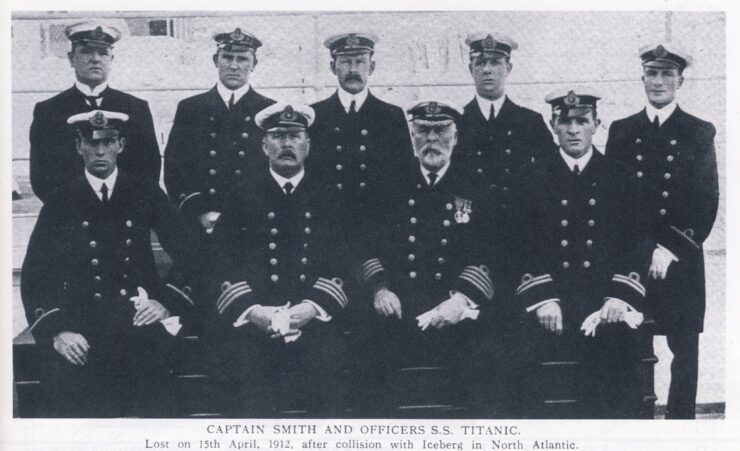 When Titanic’s crew and officers were being drafted-in to join the ship at Belfast, the six officers were, from Chief down to Sixth, William Murdoch, Charles Lightoller, David Blair, Herbert Pitman, Boxhall, Harold Lowe and James Moody.

This was the line-up for Titanic’s sea trials, and also for the positioning trip from Belfast to Southampton.

Looking at the upper-part of the table below, it’s quite clear to see that there is only one person, other than Captain Smith of course, with the required experience aboard a liner the size of Titanic , and that is William Murdoch. For that very reason, the White Star Line thought it would perhaps be prudent to bring in another senior officer with the required experience, that person was Henry Wilde.

Murdoch and Lightoller were ‘demoted’, whilst David ‘Davy’ Blair was removed entirely, although the White Star Line announced that this setup was only intended for the maiden voyage, and that the original line-up would be re-instated upon Titanic’s return to Southampton.

Now, Titanic’s three most senior officers had all previously served aboard Olympic, increasing the collective experience.