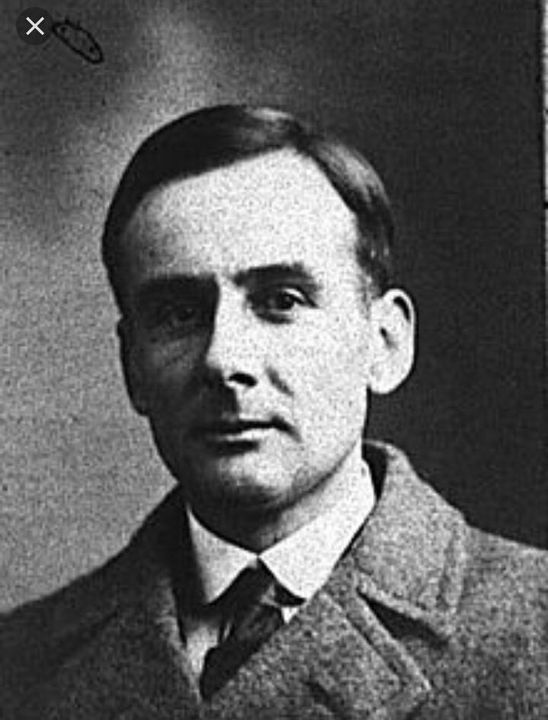 Titanic’s Fourth Officer Joseph Groves Boxhall was born on 23rd March, 1884, in Hull, in the East Riding of Yorkshire, England.

He had served almost thirteen years at sea when he joined Titanic, starting his nautical career at William Thomas of Liverpool, where he was an apprentice. He then joined the Wilson Line of Hull where he became an officer, and in 1907, he joined the White Star Line, and served almost five years with the company before joining Titanic at the age of 28.

Joseph Boxhall’s navigation skills had earned him quite a good reputation, despite his relative youth for an officer, and it was because of this skill in particular that Captain E. J. Smith put him in charge of all matters concerning navigation, including keeping Titanic’s charts up-to-date with ice and weather warnings.

At the time of Titanic’s departure on April 10th, 1912, he was assisiting First Officer William Murdoch on the aft docking bridge.

At the time of the collision, Boxhall was off-duty but in or very close-to the Officers’ Quarters behind the bridge. He had heard the sound of the lookouts’ bell being rung three times, and rightly assumed that something was wrong, so he had dutifully made his way to the bridge, arriving just after the collision. Upon his arrival on the bridge, Boxhall accompanied Captain E. J. Smith and First Officer William Murdoch out onto the starboard wing bridge in a vain attempt to spot the iceberg they had just collided with. They saw nothing, and went back into the bridge, where Smith ordered Boxhall to undertake an inspection of the ship.

After only a few minutes, Boxhall was back on the bridge, reporting that he couldn’t see evidence of any damage below-decks. Captain Smith, perhaps thinking that Boxhall’s inspection had been a little too quick, ordered him to “Go and find the carpenter and get him to sound the ship.” Boxhall, perhaps a little hurt that Smith had found his inspection lacking, began to go down to the next deck, only for the carpenter to find him, with the words “She’s making water fast”.

Following the Titanic disaster, he briefly served aboard Adriatic II as her Fourth Officer.

Boxhall was a Sub-Lieutenant in the Royal Naval Reserve (R.N.R.), and not long after the outbreak of war, he was commisioned to serve for one year aboard the battleship Commonwealth, after which he was despatched to Gibraltar where he commanded a torpedo boat.

After World War 1, Boxhall returned to the White Star Line, and stayed with them long after the company’s merger with Cunard. During this period, he served as First Officer aboard Auxonia, Scythia, and Antonia, but by 1940, Boxhall had to retire from the sea due to ill-health.