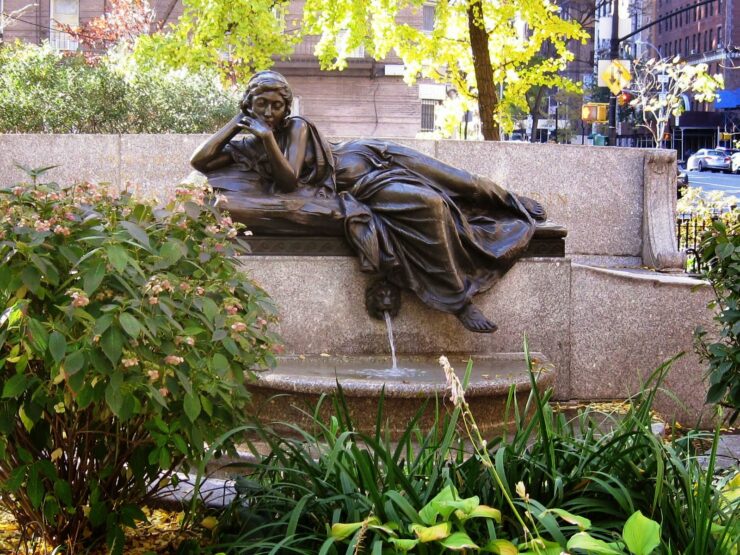 This fountain memorial was built to commemorate the couple who founded Macy’s Department Store, Isidor Straus and Ida Straus. It was, of course, Ida Straus who famously refused to board a lifeboat without her husband, Isidor Straus, and the two of them were lost in the sinking of Titanic .

The memorial was funded by grieving staff at the store, together with people from all over New York and indeed all over the world who contributed to it’s construction.

It is located at Broadway and West 106th Street, New York.

It bears the following inscription on a plaque to the rear of the memorial.