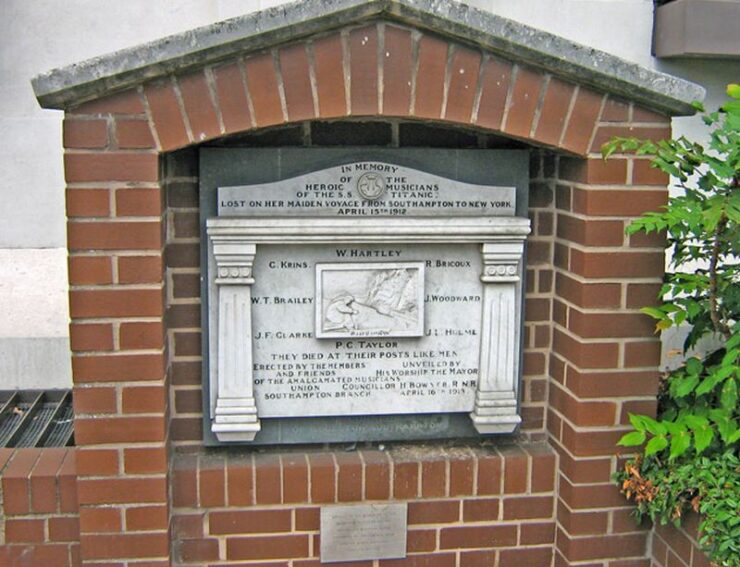 The original Titanic Musicians Memorial was unveiled on 19th April, 1913, and was located in Southampton library. It bore the dedication, but the library, along with the memorial, were destroyed during World War Two, and for over forty years, Southampton was without a tribute to the heroic members of the ship’s band.

The replica Memorial that now sits on the same site was unveiled on 7th March 1990 by Edith Haisman, Millvina Dean, Bert Dean and Eva Hart.