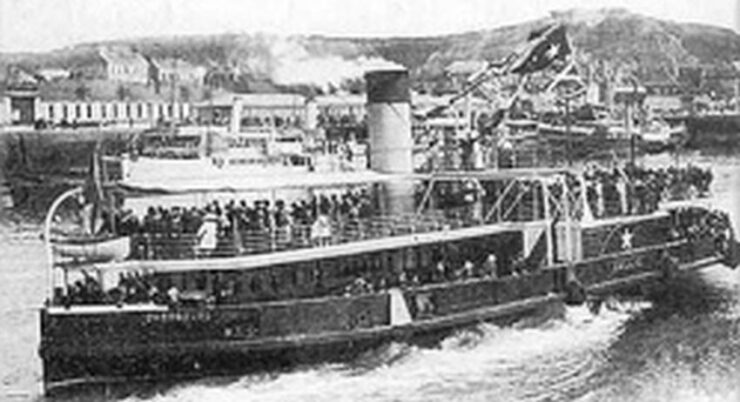 Built as the Birkenhead by John Scott & Co. of Fife in 1894, she operated as a ferry around Liverpool until 1907, when she was purchased by the White Star Line.

Renamed Gallic I, she served at Cherbourg as a tender for vessels calling there for five years, until she was superceded by Nomadic II and Traffic II which were needed to cope with the Olympic-class liners.

Gallic I operated occasionally as a baggage vessel at Liverpool until laid-up in 1912, and the following year, Gallic I was broken-up at Liverpool.